Day 1 at the Ontology Conference 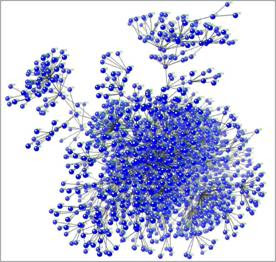 Today I went to an Ontology conference which was sponsored by the National Center for Ontological Research (NCOR). I heard talks from various vendors, implementors and subject matter experts in the field of Ontology. Before I get into what they talked about, let me first state the definition of what is an ontology. Wikipedia defines an ontology as, "... a study of conceptions of reality and the nature of being." What does that mean??!! Well it is basically an exercise where ontologists (people who create and work with ontologies) model existing systems into categories which then could be used by information systems to make inference relationship (relationships which are not obivious to the human). As you see it is a qualitative field, people will argue how data entities should be modeled so that they can accurately and precisely describe an existing entity. For example, Ontologist A says that every plane needs to have pilot while Ontologist B would say this is not true. He would say that there are drones which are small planes, that are controlled by a computer. One of them may be right or both of them can be right. The key for any ontology is that it needs to be in a domain to avoid confusion. So in theory both ontologist A and B are correct if it is assumed that both of them work in different domains. Ontologist A is creating an ontology for the airline industry while Ontologist B is creating an ontology for some country's military. Issues like this cause massive headaches to any organization's Chief Information Officer (CIO) since the data cannot easily be exchanged across organizations and across domains. If Ontologies are created well then they are quite powerful.
Currently the ontology is wonderful in the realm of philosophy and theoretical computer sciences. however there isn't much technology in the field. I have been off and on working with ontologies and they are not the easiest thing to implement. I, however, am a strong believer that a good ontology can be used to validate data architectures which pertain to the ontology's domain.

At the conference, I heard two great presentations on ontology. They are:
These people understood how to use ontologies and how not to use ontologies. Both stated that the technology is lacking in this field. Werner and his team built an open source project which lets you play with ontologies. The project, which is a Java based application, can be found at http://sourceforge.net/projects/rtsystem. To get a better understanding on how ontologies work, I recommend downloading the Protege product. It, too, is an open source product maintained by Stanford University. Protege lets you build data models but at the same time it lets you validate your model with "instance" data. I got fascinated with field couple years ago when I was asked to validate a data model for one of the US government agencies. If you are totally lost about what I am talking about then please check out the following links:
The day one of the conference also consisted of vendors displaying their products which are based on the principles of ontologies. In my next blog entry, I will give a more detail summary on what happened at this conference. Stay tuned! (The image is a visual representation on an ontology)
Posted by Enoch Moses at 8:07 PM

Enoch Moses is a Supervisory IT Specialist for the Federal Aviation Administraion.